In the summer of 2017, Heng-Gil Han, a curator based in New York invited three North Korean artists — Hong Song Gwang, Kim Myong Un, and Kim Ryong — to Beijing, China, for 13 days. He also invited Shen Yang, a Chinese artist based in Beijing, to New York for three weeks. Upon Han’s request, these artists took pictures of urban and cultural landscapes while travelling. In addition, Han asked Zaun Lee, who is a Korean American artist based in New York who was travelling to London and Athens, to do the same. Each artist took pictures of architecture, parks, and artworks, producing more than 1,000 pictures of urban and cultural landscape in these metropolitan cities.

In addition to the groups of 250 pictures, Han and Alexander decided that each artist should be represented by a single image. Han went through all the images by the North Korean artists and chose one representative image for each artist. Shen Yang and Zaun Lee chose their representative images on their own. These individual pictures were printed at a size of 16 x 20 inches.

The objective of this collective work is to show similarities and differences among artists, who are from regions in conflict, in their points of view and interests with regards to similar or the same objects by using photographs that show the focus of the photographer. Commodity & Ideology is an output of a project based on the idea that for peace building and conflict resolution, it is necessary to understand common and different focal points of interest between people local to the regions of conflict.

What we learned through this project is that North Korean artists showed an interest in children and families, as well as artistic skills and technique. The Chinese artist cast a critical eye on elements of colonialism and imperialism historically damaging to China, while the Korean American artist was drawn to advertisements and the design of ancient architecture in Athens. There also was a difference of color sensibility. One often finds red in photographs of North Korean artists, and gold in photographs by the Chinese artist. Blue dominates the Korean American artist’s photographs. Commodity & Ideology shares these differences with Incheon citizens to bring the need of building common shared interests between North and South Korea to their attention. 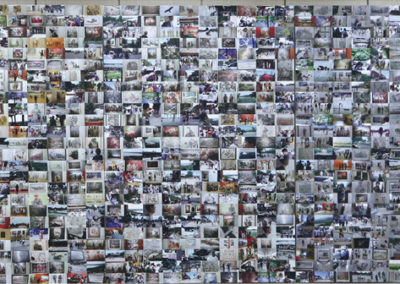 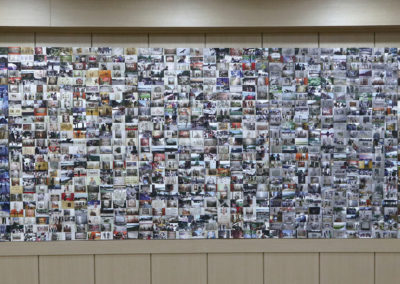